Coliving Reinvents the Commune for a Networked Age.  I’m all for seeing this kind of cooperative, intentional scene rise outside of the traditional hippiecrunch nonsense crowd, but I hope they don’t think what they’re doing is so phenomenally new that they can’t learn from groups of people who’ve been living together for decades already…

A NYTimes article on the phenomenon of ‘Hacker Hostels’, group living situations in the Area of Bays with minimalist accommodations for nerdy collaborative types.

Scientific Process Rage.  Science doesn’t work like in the movies.  In reality, there’s a lot more cursing and crying. 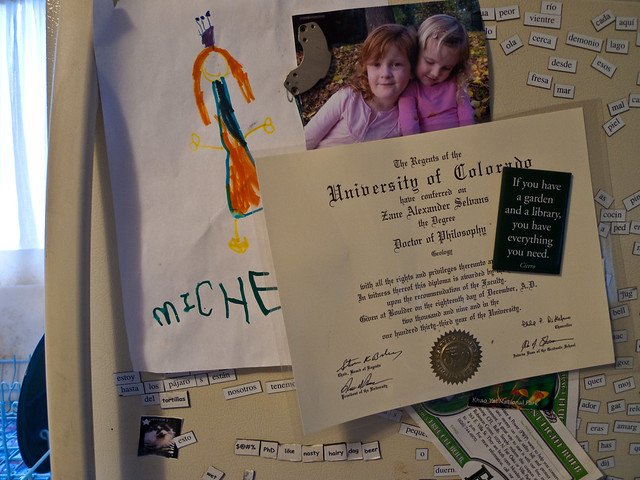 Wolfgang Pauli apparently once said of a student’s work: “This isn’t right.  This isn’t even wrong.”, to deride it for being unfalsifiable.  Grad school isn’t quite that bad.  We’re all running the experiment together every day.  We can tell whether or not it’s working, at least in theory.  But only if we’re willing to look.  I’m looking; I say it’s not working, at least not for graduate students, not on average (mean or median, pick your poison).

END_OF_DOCUMENT_TOKEN_TO_BE_REPLACED

Science is a strange kind of reality worship.  We want to know what really is, out there in the physical world, independent of the vagaries of our internal experience.  We try to find what’s true for everyone, all the time.  It’s easy for me to forget that there are some contexts in which what is actually happening, in a measurable sense, is not what matters most.  Sometimes, it hardly seems to matter at all.  Corporate PR hacks, religious proselytizers and other propagandists understand this intuitively.  If you tell people a story they want to believe, often they will go ahead and believe it, regardless of any countervailing evidence.  They will thank Big Brother for increasing the chocolate ration from 30 grams to 20 grams per week.  But this kind of disconnection of external from internal reality isn’t always sinister.  Sometimes it isn’t even a disconnection so much as it is an orthogonality.  Disconnection suggests that the two were once connected, or are intended to be one, but our internal experience is just not the same thing as external reality.  They are related, but separated, by warm vitreous pools of light and hairy waveguides.  There is some part of us which is intrinsic, or such a distant and distorted echo of the outside world as to be unrecognizable.

END_OF_DOCUMENT_TOKEN_TO_BE_REPLACED

I feel the way I did that morning in the hostel in Juneau, when Becky and I were starting our kayaking trip in Alaska in May of the year 2000, almost exactly 10 years ago.  I feel that way, but on a different time scale.  I woke up in the bunk, and didn’t know where I was.  I’m sure that feeling has a name, but I don’t know what it is.  I was temporarily misplaced.  The most recent bits of history, which had gotten me there, were lost in my mind somewhere.  An episode of micro-amnesia.  Where am I?  And then in a wrenching mental gyration, it all comes back.  Like looking at a map and a compass, and suddenly realizing you’ve gotten turned around.  It’s not that peak, it’s this one.  That means we’re here, not there.  And fuck, we’re out of water too.  Now what?

END_OF_DOCUMENT_TOKEN_TO_BE_REPLACED

I’ve been gone.  Not just from Pasadena, but from the world at large, for at least six months.  I can probably count the number of times I left Mike and Susan’s house in 3.5 months on two hands, or maybe three, but some of those were just hiking.  I didn’t see much news.  Thankfully I missed the entire healthcare debate.  I didn’t spend time with other people.  I was checked out.  Now I’m starting to check back in, and of course things seem kind of surreal.

I went to a mall last Friday.  The one by the Santa Anita racetrack.  I went with Ian to see Avatar in IMAX-3D, and to get a little exercise.  I’ve mostly been laying around trying to stop being sick for the past week.  When we got there, the show had sold out, so we decided to walk around the mall — to literally circumambulate it, not walk around inside like shoppers — and decide whether we wanted to go to the next showing, and kill some time.  It was bizarre.  The whole place.  I felt like an alien, first for having biked there (they have a giant valet-only parking lot), second for clearly not wearing culturally acceptable Friday-night-at-the-mall attire, and third for having a giant crazy-homeless-guy beard.  The homogeneity of the people just seemed bizarre somehow.  Lots of black and white clothing.  Lots of text messaging.  Lots of makeup and trying to look tough.  The scene was so strange we decided to pee in the bushes in the parking lot rather than try and find a bathroom inside. END_OF_DOCUMENT_TOKEN_TO_BE_REPLACED

In class Peter Goldreich once said “You don’t get smarter in grad school. You just get older.”  I don’t know if I agree entirely, but there’s a grain of truth in there somewhere.  It is a strange kind of scientific hazing ritual.  An induction and an indoctrination.  Highly skilled and intelligent people, doing difficult technical work, for years, earning something close to minimum wage.  Why?  Is it for a chance to play in the tenure-track tournament, with the odds stacked 10 to 1 against you?  If you win, you can study anything you like (as long as there’s funding…).  Is it because we think having a PhD will get us somebody’s respect?  Whose?  Our parents?  Our advisors?  Society at large?  It’s certainly not because we’re seeking power or riches.  That way lies law school, or the dreaded MBA.  Is it because we don’t know how to do anything else?  Because our self esteem has been so entangled with school for so long?  Because we are a people addicted to understanding?  What fraction of PhD students finish feeling good about themselves, or in love with their research?  Or even learning in general? 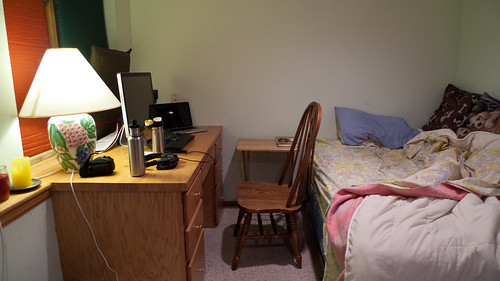 END_OF_DOCUMENT_TOKEN_TO_BE_REPLACED

At some point growing up I thought that all the “old” people were so different from me.  Actually, I thought just about everyone in Sanger and the Central Valley was different from me, but looking across generations it seemed most obvious.  I think the first hint I had that there were people like me (whatever that means) from the past were Hugh and Dianne in Davis.  But it didn’t really get through.  Caltech wasn’t any better – the inter-generational divide (student to teacher mostly) was too wide to really see the faculty as people.  Nevermind the unpleasant schooling experience and all its baggage.